When working with a contract manufacturer for the first time, there are a lot of things that can go wrong. The best way to avoid making costly mistakes is by educating yourself and being as prepared as possible. A lot of times, that means learning from the mistakes made by the thousands of entrepreneurs before you!

We caught up with food industry consultant, David Boyle fromSherpa CPG, to learn about 3 of the major mistakes he sees entrepreneurs making when entering a co-pack relationship and how to avoid them!

Mistake #1: Not clarifying who owns the formula!

Typical scenario: Usually an entrepreneur that is approaching a co-packer will have their own custom recipe already developed. However, sometimes they will only have a basic idea of what they want to create and they will rely on the manufacturer’s product development team to develop the recipe for them. When this happens, the brand and the co-packer will go back and forth to create a product that tastes great and is easily produced in their facility. Then once they have what they want, they’re off to the races producing and selling product and they’ll never discuss the formula again.

Why this is bad: The formula is the basis for your CPG IP portfolio. Just one product line can do millions of dollars in sales and that formula is the skeleton of that value. If you do not own your formula, the co-packer will have ultimate leverage on you to make sure you don’t leave them for another manufacturer in the future. Similarly, when you try to sell your business for a big exit, they will be expecting a huge payout before handing over that formula.

What you should do: If you don’t own your recipe because it was developed by them, you’ll want to purchase the co-packer’s recipe as soon as possible while its perceived value is still low. Or even better, try to build it into your agreement before starting down the product development path with the manufacturer. Many times, you’ll have to pay extra upfront for product development but then in turn, you’ll have full ownership of the recipe, which will hopefully be worth millions someday!

If you do own your recipe, make sure that you have it in writing with the manufacturer that your recipe is your proprietary information and stays that way even if changes are made during bench testing, line trials and/or production.

Mistake #2: Not visiting the production facility!

Typical scenario: Your contract manufacturer is located a couple states over or maybe across the country. Since every $ counts in the food business, you ask the food manufacturing executive if it’s required you be there, or better to save on the travel costs. He assures you that there is no reason for you to be at the facility because they are the pro’s. Or perhaps, the co-packer says they are unable to have you there because of “conflicting NDA’s.”

Why this is bad: While this is hopefully not the case, even the most buttoned up looking manufacturing facilities may be less than they are cracked up to be once you peer behind the curtain. Simply put, making a professional website is easy, making a professional food manufacturing facility is hard. Maybe the facility looks like it is not being cleaned or maintained properly. Or maybe they have different manufacturing lines and one is clearly better than the other one or maybe they never disclosed that they make their own competing product line.

One time, I tried to tour a co-packer to find out they weren’t actually a co-packer. They were actually a third party broker pretending to be a co-packer, but really just planning to subcontract out the job to another facility. Your food product is your baby, you should want to know where it’s being produced!

What you should do: You don’t need to make it sound too official, just ask if you can come by and introduce yourself formally prior to production and check out the facility. A good manufacturer will consider their facility a selling point, and should be happy to show you.

You or someone from your team should also be present for both bench testing and the first production run.

A manufacturer not wanting you at the facility at all during your production is a BIG red flag.

As a general rule, I will not work with any manufacturers that won’t let me tour their facility or attend production days.

Mistake #3: Not checking the manufacturer’s certifications!

Typical scenario: You have a great business and are selling online and through the natural food channel (Whole Foods, Erewhon Market, Bristol Farms, Amazon, etc). The manufacturer you are working with is certified Organic or Gluten Free so you are good to go!

Why this is bad: While your current food channels may not require it, you are eventually going to be selling to larger retailers like Costco and Walmart and they will require higher standards and food safety evaluations such as SQF Level II. You don’t want to put your business in a position where you have to turn down a large order from Walmart because your co-packer isn’t adequately certified. Or even worse, you don’t want to have a quality issue come up because your co-packer isn’t following any guidelines.

What you should do: It’s super important from day one to make sure that your co-packer is following strict quality standards. That doesn’t mean they necessarily have to be SQF Level II from the start, but make sure at the very least they are third party audited by The Department of Agriculture. Then if you know that you’ll eventually want to move into Walmart or Costco, look into what they require and start the discussion with your co-packer to see if you can work together on getting them there. If not, then you know it’s time to start looking for another option.

When looking at manufacturers, some quality certifications that I like to see are: SQF, BRC, IFS, or FSSC 2200.

Hopefully, you can learn from some of these mistakes and avoid them! The best way to have a successful partnership with your contract manufacturer is through honest and open communication. As long as you are able to address some of these issues from the beginning, you’ll be setup for success!

About Sherpa CPG:
Made to empower makers, Sherpa CPG guides food and beverage brands through the comprehensive product development process from concept through creation. Sherpa takes a multi-dimensional, strategic approach to each phase of innovation to deliver cost-effective, efficient product solutions that are positioned for real-world success in a retail environment.

For any further questions on finding a co-packer, please feel free reach out to David@sherpacpg.com 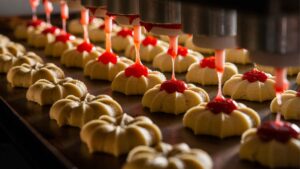 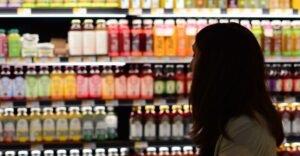 Find Your Next
Co-Packer in Days,
Not Months